Could you have sitting disease?

What on earth is Sitting Disease and why do people with diabetes need to be particularly alert for it? The answers are right here.

What on earth is ‘Sitting Disease’ and why do people with diabetes need to be particularly alert for it? The answers are right here.

Sitting disease is a term that has been coined for the increasingly alarming health problems arising from sedentary behaviour, more simply known as ‘sitting time’.

Sitting time takes up at least seven hours of the day for most adults, according to a recent study in the online journal BMJ Open. It is the time we spend sitting in front of the TV or computer, at our desks, in the car or public transportation, on the couch with a video game or book, or at the table eating.

The link between sitting and disease

Increasing research from around the globe links too much sitting time to diabetes in addition to heart disease, blood clots, and cancer.

This was reinforced by a 2012 analysis in the UK by the University of Leicester and the University of Loughborough which reviewed 18 studies involving over 800,000 participants. The results reported an increased risk of diabetes, heart disease and death in those who sat for long periods every day.

And in Canada, the Sedentary Behaviour Research Network quotes a 12-year study of 17,000 Canadian adults that showed those who spent most of their time sitting were 50% more likely to die during the follow-up than those who sat the least, even after controls for age, smoking and physical activity levels.

Cutting back on sitting counts as much as exercise

It is becoming clear that even regular exercise during the week can’t counter the harmful effects of too much sitting time. To protect against the risk of disease, we need to start replacing sitting time with periods of activity, even if this activity is only light activity around the house or in the yard.

A 2012 study out of Australia reported healthier blood glucose and insulin levels in overweight adults who broke up their sitting time with 2-minute walks every 20 minutes.

In efforts to start instilling healthy habits early, the Canadian Society for Exercise Physiology  (CSEP) has issued Canadian Sedentary Behaviour Guidelines for Children and Youth. These are the first, systematic evidence-based sedentary behaviour guidelines in the world.

Tips to cut back on sitting time

Dr. Michael Sarin's blog  on this site includes a range of excellent tips to help people with diabetes cut back on sedentary time. These include going up and down stairs during a TV commercial break, doing stretches while watching TV, or standing instead of sitting on the bus/train commute.

In the office, get in the habit of standing instead of sitting when you are on the phone. Some offices are even installing adjustable desks to allow their employees to spend some of their work time standing.

For more tips on staying active in the workplace, see our article on this site Workplace solutions to increase physical activity.

QUICK TIP: Keep track of your own daily exercise using your own Physical Activity Tracker in our Diabetes self-management tools section.

Diabetes Care Community is the author of articles on a wide range of diabetes topics. All of these articles are written to a high standard of quality. They are reviewed for accuracy with health care professionals and, wherever possible, will adhere to Diabetes Canada's 2018 Clinical Practice Guidelines. It is our wish that you find our articles helpful. We welcome your feedback and comments.
Previous What’s the word on diabetic neuropathy?
Next GREEK STYLE CHICKEN KEBABS 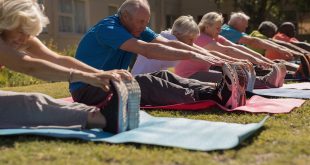 Why you should consider doing these 7 stretching exercises 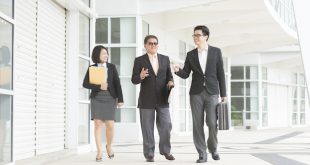 We know the importance of physical activity for reducing the risk of diabetes and helping to prevent diabetes complications for those who already have the condition. Yet most adults spend over seven hours a day engaged in sedentary behavior,