The value of online support programs for diabetes distress or depression

It’s well known that people with diabetes are prone to depression.  In fact, it’s believed that about 30% of people with diabetes experience depression. Another phenomenon, called “diabetes distress,” is defined in the Canadian Diabetes Association’s clinical practice guidelines as the despondency and emotional turmoil related specifically to having diabetes, the need for continual monitoring and treatment and persistent concerns about complications. Diabetes distress can occur at any time during the course of the disease, but is especially common after diagnosis.

However, a recent study – which was presented at the American Diabetes Association’s annual scientific meeting in June 2014 – shows that symptoms of depression in people with type 2 diabetes can be significantly reduced through interventions for diabetes distress, suggesting that much of what is being labeled as depression may actually be a reaction to living with a complex disease that can sometimes be difficult to manage.  A study has shown the value of online support programs for diabetes distress or depression.

The lead author of the study, Dr. Lawrence Fisher, a Professor of Family and Community Medicine at the University of California, San Francisco, noted the following: “Because depression is measured with scales that are symptom-based and not tied to cause, in many cases these symptoms may actually reflect the distress that people are having about their diabetes, and not a clinical diagnosis of depression.”

Dr. Fisher and his researchers developed measures of diabetes-specific distress that reflect whether a person is worried about a variety of problems associated with their diabetes (for example, hypoglycemia). They also asked patients to complete a questionnaire to measure their depressive symptoms. Those who reported high levels of distress and high levels of depressive symptoms were assigned to one of three interventions, all of which were designed to reduce the distress associated with managing diabetes, rather than symptoms of depression. A total of 293 adults (over 19 years of age) were studied over the course of one year, and were randomly assigned to one of three study arms:

The study subjects in all three groups received personal phone calls during the study. As well, all patients were assessed for depression and diabetes distress at the start of the study, four months later, and then at 12 months.

All three interventions significantly reduced distress as well as depression symptoms over the 12-month period of the study.

The tool used to measure distress and depression was the Patient Health Questionnaire, which involves a series of multiple-choice questions that patients answer regarding their current emotional state. A score higher than 10 indicates a person is depressed.  In the study, 84% percent of study subjects reduced their levels of depression substantially following all three of the interventions, scoring lower than 10 on the Patient Health Questionnaire.

“What’s important about this,” concluded Dr. Fisher, “is that many of the depressive symptoms reported by people with type 2 diabetes are really related to their diabetes, and don’t have to be considered true depression. They can be addressed as part of the experience of diabetes and dealt with by their diabetes care team.”

Diabetes Care Community is the author of articles on a wide range of diabetes topics. All of these articles are written to a high standard of quality. They are reviewed for accuracy with health care professionals and, wherever possible, will adhere to Diabetes Canada's 2018 Clinical Practice Guidelines. It is our wish that you find our articles helpful. We welcome your feedback and comments.
Previous New to the diabetes medication tool box – SGLT-2 inhibitors
Next Taking a holiday with diabetes 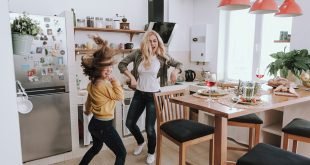 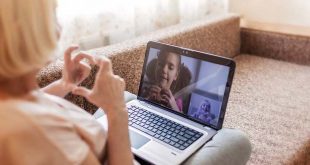 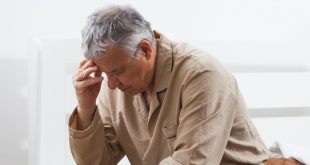 Diabetes and mental health are very closely linked. The experience of living with diabetes is often associated with concerns specific to the illness, such as fear of complications or fear of hypoglycemia. As a result, conditions such as depression, diabetes distress and anxiety can all occur.