Home » Diabetes Overview Articles » Is there a type 1½ diabetes?

Is there a type 1½ diabetes?

Vector abstract background with direction arrow sign. The concept of a decision making standing on road junction. Movement in an unknown direction. uncertainty choice. icon with a long shadow for mobile app

So you have heard of type 1 diabetes due to destruction of the islet cells in the pancreas, usually diagnosed in children with a peak age of onset at about age 12. You have also heard of type 2 diabetes, usually in people in their older age, over age 40 years, usually with a family history and usually over weight.  But what is type 1 ½ diabetes?

This type of diabetes is also called more properly LADA:

Latent…. because it is “delayed” and a slower to onset usually than Type 1, Autoimmune…because it is thought to be a similar process to Type 1 autoimmune process in children where the body thinks the pancreas is “foreign” and tries to destroy it, Diabetes of Adulthood…because it manifests in adulthood.

The reason to mention it is that sometimes, because it presents in adults, it may be mistaken for Type 2 and be treated with non-insulin medications, and this doesn’t work when the underlying problem is lack of insulin from a pancreas that has been destroyed.

This can lead to frustration for patients who feel they are doing everything right but still their glucose numbers remain high.

Normally, the differentiating feature between type 2 and LADA (type 1 ½ diabetes) is that people with LADA are lean and not obese. Although, they can be overweight and this will likely delay the diagnosis even more! Sometimes there may be a family history of other “autoimmune” disease, like thyroid disease, rheumatoid arthritis, celiac disease, vitiligo (white patches of skin)  or pernicious anemia (inability to make red blood cells due to the body missing the cell that absorbs B12).

If you have been to a diabetes class and you are the skinny person sitting at the back, with still very high sugars on pills, you are younger than the others but still an adult and things just don’t “click” for you even though you are trying, ask the person teaching the class if you could be a LADA.

There are some ways to differentiate LADAs, including taking careful history of autoimmune disease, or perhaps other members of the family who required insulin for their diabetes very soon after diagnosis. Your care provider may check antibodies to your pancreas or may measure your ability to make insulin to help differentiate you from type 2.

People with LADA may respond initially to some medications and to diet and weight loss, but if they are LADA and have antibodies, they will generally need insulin within a few years. There is some evidence that if good control is gained initially that the pancreas will last a bit longer, so early insulin is important if control is not gained by other medication (of course this is always important anyway!).

If you are lean and you do have LADA, you will need insulin but often when you start you will be ridiculously sensitive to insulin. Some people may only need 1/2-3 units of insulin with their meals and need a ½ unit pen for their insulin like some of the young children that use them or an insulin pump that can allow for small amounts of insulin.

A group of researchers in Sweden and Finland recently published the results of a study regarding the classification of diabetes. They have suggested that there are five types of diabetes instead of only two.
diabetes diabetes care LADA Latent Autoimmune Diabetes of Adulthood Type 2 diabetes 2018-06-05
Share

Dr. Maureen Clement, MD, CCFP is a family physician with a consulting practice in diabetes, in the Interior of British Columbia. She has been actively involved with Diabetes Canada as a past Chair of the Clinical and Scientific section as well as a past chair of the National Advocacy Committee. She has been on the expert committee and steering committee for the 2003, 2008, 2013 and 2018 Diabetes Canada Clinical Practice Guidelines, involved in the following sections: Organization of Care, In-Hospital Management and Pharmacologic Management of Type 2. She is a recipient of the Queen’s Diamond Jubilee Award for her work in advocacy and people living with diabetes.
Previous 10 key facts about type 2 diabetes
Next Medication interactions with grapefruit 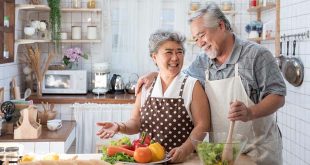 Diabetes remission: is it possible? 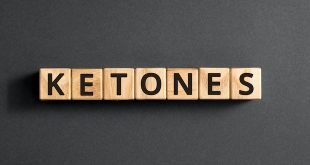 Ketones…what are they and what do they mean?