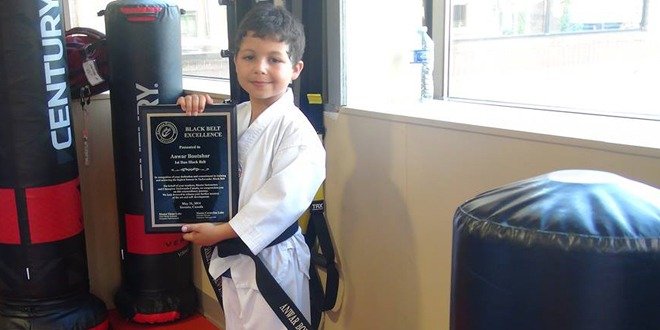 At just 11 years old, Anwar Boutahar has already realized a lifetime of achievements. His proudest, and perhaps most important, accomplishment so far is starting Anwar’s Diabetic Children’s Relief Foundation. Diagnosed with type 1 diabetes when he was four years old, Anwar and his parents are very committed to managing his condition. “One day, on the way to soccer practice, my dad asked to me to check my blood sugar before one more time we got to the game,” he says. “That got me wondering how people who couldn’t afford a lot of strips would manage their diabetes.”

Anwar’s father, who is from Morocco, told him that many people in Africa – and other parts of the world as well – don’t have health insurance or the funds to buy basic diabetes supplies. That got Anwar and his dad thinking, “Why not start a foundation to help people in Morocco?”

With his father’s help, Anwar set up a website, called Anwar’s Seeds of Hope, and a Facebook page to help raise awareness about type 1 diabetes.

They have also reached out to their community, hosting events such as bake sales and garage sales, in an effort to raise funds. Many of Anwar’s schoolmates have made donations to his foundation as well. To date, he says, “We have helped more than 100 families in Morocco.”

Anwar Boutahar also takes great interest and pride is his role as a Juvenile Diabetes Research Foundation (JDRF) youth ambassador. “After I was diagnosed, I became very involved in helping other people with diabetes who aren’t as fortunate as me,” he says.

Articulate, bilingual and a natural public speaker, Anwar is never shy about sharing his story. He enjoys educating students, teachers and the members of the general public about diabetes. He has also participated in a number of the JDRF’s Walks to Cure Diabetes, to raise awareness and funds in support of a search for a cure, better treatment and prevention of type 1 diabetes. Interestingly, Anwar has met a number people and groups on these walks who attended his presentations about type 1 diabetes. Clearly, his influence is infectious!

As part of the JDRF’s Kids for a Cure initiative, Anwar travelled to Parliament Hill in Ottawa in 2014 to help educate Members of Parliament about the impact of living with type 1 diabetes, demonstrate how diabetes research has changed lives and how investing in future research can place a cure within reach. During that event, Anwar had the privilege of meeting then Prime Minister Stephen Harper.

In his spare time, Anwar is an avid athlete. His favourite sports are swimming, Tae Kwon Do and soccer. He holds a black belt in Tae Kwan Do, which he earned when he was just eight years old. He has won several gold medals in provincial competitions. As a gifted soccer player, he plays at the academy level.

With respect to school, Anwar Boutahar started Grade 6 in September 2016. His favourite subject is science, he says, “Because it gives me a sense of hope that researchers will soon find a permanent cure for diabetes.”

For the future, Anwar has three big goals: “I’ve always wanted to compete in the Olympics, and be a professional Tae Kwan Do athlete or a soccer player,” he says. “I would also like to be a doctor.”

When he thinks about his day-to-day diabetes management, Anwar acknowledges that his parents are a big part of it. “I know it’s hard for them,” he says “They wake up in the middle of the night, every night, to check my blood sugar, to make sure that it’s in range.”

Anwar’s inspirations are the many diabetes role models he has met through the JDRF and other diabetes organizations, including other Animas Heroes such as elite soccer star Michael Thornton and long-distance runner Sebastien Sasseville.

Insulin pump therapy continues to go well for Anwar. He uses the Animas® Vibe®, with a continuous glucose monitoring (CGM) system. “One reason why we chose the Animas® Vibe® is because you can see your blood sugar trends right away, because it has a built-in receiver,” he says. “Another important reason is that it also works with a separate receiver, which my mom and dad can use at night or during my soccer games or Tae Kwan Do matches to monitor my blood sugar levels for me.”

Anwar is a proud advocate of pump therapy overall. “It’s much easier, because I didn’t like having all those shots every day,” he recalls. “I jumped at the opportunity to get an insulin pump, because I knew it would be better for me and my family to manage my diabetes.”

For people who have just been diagnosed with diabetes, Anwar offers the following words of support. “Diabetes shouldn’t stop you from doing anything you like to do, whether it’s school or sports,” he says. “It will actually make you a healthier and stronger person, and it will also help make you smarter about the choices that you make.”

Finally, Anwar has some sage advice for kids like him who are living with diabetes. “Tell your teachers and friends about your diabetes, because if there’s an emergency they will know what to do to help you.”

Anwar Boutahar is clearly a young man who is destined to go places – whether in sports, medicine, or both – and we look forward to catching up with him in the future to see where his diabetes journey takes him!

Diabetes Care Community is the author of articles on a wide range of diabetes topics. All of these articles are written to a high standard of quality. They are reviewed for accuracy with health care professionals and, wherever possible, will adhere to Diabetes Canada's 2018 Clinical Practice Guidelines. It is our wish that you find our articles helpful. We welcome your feedback and comments.
Previous What patients say about sleep apnea
Next BALSAMIC MAPLE BUTTERNUT SQUASH 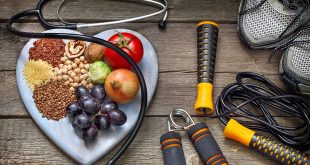 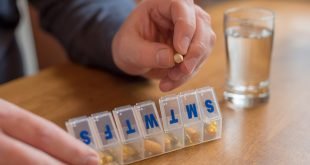 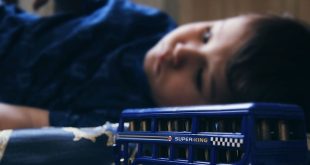